Royal Enfield Interceptor 650 is one of the bikes from the British automaker that has been in the Indian market since 2017. The bike was launched alongside the cafe racer Royal Enfield Continental GT650. The motorcycle is liked by the consumers for its affordability in the segment. Not only this, but the bike is also a good choice for customisations. However, the top choice for customisation in India is still the Royal Enfield Bullet from the same house.

However, this Royal Enfield Interceptor 650 was the first choice of Neev Motorcycles to be customised to dark looking beauty. They have named the bike ‘Sultan’. They have significantly changed the bike’s look covering the front end, the body, the colour, the fuel tank and the rear as well. The body of the bike has been painted with a sports grey paint with black stripes running through it.

Talking about the details, the tank features a custom belt longitudinally on top of it. Furthermore, it gets a single-piece ribbed seat. It is to be noted that they made changes in the frame of the bike as well; the frame has been shortened towards the rear end of the motorcycle. The fender of the Royal Enfield Interceptor 650 is also shortened with the new custom LED taillight.

Also read: Top 5 reasons motorcycles are better than cars; Here’s why you should choose them

The side panels of the Royal Enfield Interceptor 650 are also custom-made, with a grey and black paint scheme that looks fantastic. The bike also receives modified rear shock absorbers with black canisters. The number plate has been relocated to the left swingarm. Aside from that, the engine has been entirely blacked out, and the exhaust cans are unique. 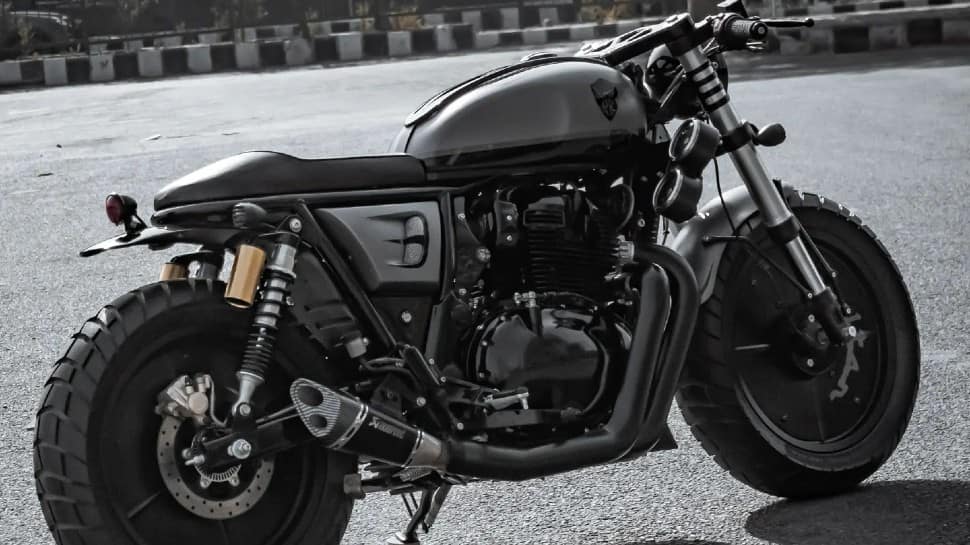 New wire-spoked wheels with inflated tyres are also fitted to the motorcycle. Moreover, the workshop claims that most of the customisation is handcrafted on the bike, making it even more desirable.

The engine has been left untouched from the customisations. The Royal Enfield Interceptor 650 continues to draw power from a 648cc parallel-twin engine, which produces 47.65 PS of power and a peak torque of 52 Nm. The power is transferred to the wheels by a 6-speed gearbox, with a slipper clutch offered as standard.

PM KISAN 11th installment: Is your name there in the new beneficiary list?

Fraud Alert! SBI warns customers not to entertain THESE numbers, here’s why